Welcome to the biggest city in Tanzania

The name Dar es salaam means “haven of peace” in Arabic and was more fitting of Dar’s former status as a sleepy fishing village than this now booming metropolis. Located along the coast of the Indian Ocean, Dar es Salaam is the largest city in Tanzania and home to a wide range of people and cultures. Known for its beaches, islands, seafood and music, the city is brimming with a variety of activities for every type of tourist. With this Dar es salaam city tour you gonna understand better the city. About 45 km (28 mi) south of the island of Zanzibar. The city is the main port of entry to Tanzania and the transportation hub of the country.

Is it safe in Dar es salaam?

Dar es salaam is very safe city to walk around in a day time, and even in a night time unless you got someone to lead you to the places and basically to the nightlife, Nevertheless there a lot of insight to see as well, most depend on your choices. However, Mount Kilimanjaro, the northern circuit of African wildlife and the island of Zanzibar, are the reasons why many tourists that visit Tanzania, miss to explore Dar es salaam city tour altogether.

It’s fun to explore Dar es Salaam city tour on your own, but tour guides offer expert knowledge and connections that you can’t get anywhere else. To make the most of your trip, choose from the experiences listed here and see Dar es salaam city from a new perspective. An expert guide can give you just the insider experience you’ve been craving.

In Tanzania The climate is tropical and coastal areas are hot and humid, while the northwestern highlands are cool and temperate. There are two rainy seasons; the short rains are generally from October to December, while the long rains last from March to June. 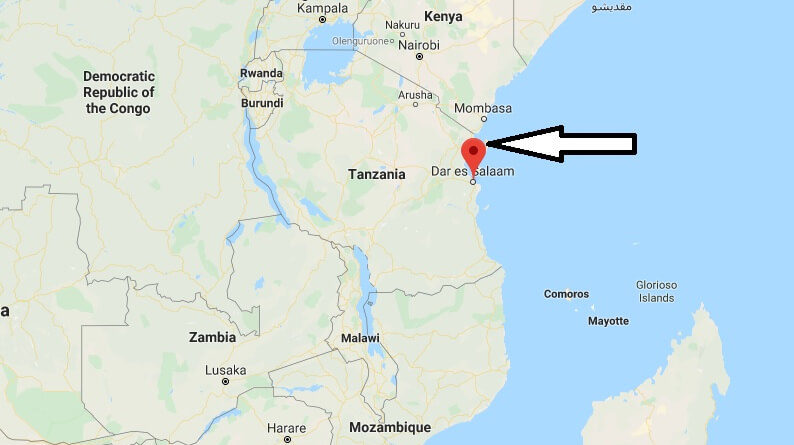 Things to do in Dar es salaam

One of the busiest and most thrilling markets in Dar Es Salaam is the local Kariakoo market.This is the place to go if you are hunting for the best bargains in town or wish to see the authentic side of local style Tanzanian shopping. If you plan to go shopping, make sure you do some bargaining to get the best deals.

As a quick word of warning, be careful with your money and possessions when you walk around Kariakoo, mostly because it’s a bustling crowded market. Don’t bring something with you that you’re too attached to.

One of my favorite things to do in Dar Es Salaam is wake up early in the morning and wander around the Dar fish market.People gather from around the city to purchase the fresh catch of the day. Climb the flight of stairs leading towards to the official offices for a lovely bird’s eye view of the fish market.

Arrive at around 6:30 am to catch the most energized fish auctions taking place. The last time I went to the market, we came home with a red snapper, and a few kilos of fresh prawns and crabs. We had a few delicious meals after that. Bargain hard if you’re in the market for some fish. You’ll have plenty of varieties to choose from, and you can also enjoy a seafood meal while you’re here.

Coco beach on the weekends

One of the best hangout places in Dar es Salaam — especially on the weekends. Locals and tourists alike come here to stroll Coco Beach, savor street food, and listen to live music.

If you’re taking a sightseeing tour of downtown Dar, you might wonder about this striking statue at one of the city’s major intersections. Cast in bronze, the Askari Monument depicts an Askari (soldier) in a World War I uniform, the bayonet of his rifle pointing towards the nearby harbor. It commemorates the African troops who fought as the Carrier Corps in World War I. If you get close enough to take a photo, look for the inscription in English and Swahili written by Rudyard Kipling, the famous British writer and poet.The statue stands about a block back from the Azania Front Lutheran Church.

With its red-tile belfry rising above the surrounding rooftops, Azania Front Lutheran Church is a major landmark in Dar es Salaam. German missionaries built it in 1898.Tiled canopies over the windows provide shade, and the gardens are a welcome retreat for weary tourists.

At one time, Azania was the center of the original 19th-century German mission; it is now the cathedral for the diocese.

If you want to learn more about the history and culture of Tanzania or see some of the fossils that have been uncovered in the country, you’ll be interested in visiting the National Museum.

The museum is not setup in the most entertaining way, but if you are willing to read, you’ll learn quite a bit.One of my favorite exhibits at the National Museum of Dar Es Salaam was a functional bicycles made entirely out of wood – everything from the frame to the wheels was all wooden – amazing.

If you are looking for traditional African sculptures and crafts then the Mwenge Carvers Market in Dar es Salaam, Tanzania is a great source of Makonde artwork.

Your Tanzanian trip would definitely end incomplete without a visit to Mlimani City shopping mall. Being the country’s first indoor air conditioned mall, you can enjoy shopping to its core, enjoy good food and movies on the biggest screen in Tanzania at Mlimani City shopping mall. Explore all premium store network chains in South Africa under one umbrella, simply by visiting the mall. It is the largest in the country with an area of 285,000 square feet. The mall caters to all your primary requirements, including banking, telecommunications and transportation needs.

There are more to see in Dar es salaam , just mention a few of thousand things to see. You can suggest other stuff or any other places to visit or you can check for the Dar es salaam city article on our menu to learn in advance. Dar es salaam City